WordPress 6.1 was released on November 1st. The release name is “Misha”, named after Mikhail Alperin – a Soviet-Norwegian jazz pianist who introduced the work of jazz ensembles in the USSR and globally.

A new theme – Twenty Twenty-Three – is bundled with this release. This theme is interesting as it comes with 10 different styles and is accessibility ready. This theme claims to allow users apply completely different look and feels to their site with the click of a button.

Templates were introduced into WordPress earlier this year and version 6.1 brings in new templates which will make page creation easier and more intuitive.

END_OF_DOCUMENT_TOKEN_TO_BE_REPLACED

Freedom Scooters is a business based in Riverchapel Co. Wexford specialising in the sale of mobility scooters and accessories.

They were in the market for a fully functional e-commerce website, built to the highest of standards, easy to use and easy to manage. Their product catalogue is quite small in total but the value of their average sale is quite high. With that in mind, their customers needed to have complete confidence and be informed before committing to a sale and we used some techniques in this regard. For example we defined attributes for each of their mobility scooters (number of wheels, storage options, colours available etc.) and implemented a comparison function across the products for these attributes so that customers can see at a glance what the differences are. This is a very useful tool to help customers make a choice on an expensive item.

We also implemented Humm payment options onto the online shop. Humm is a well known online credit facility that allows customers spread the cost of their purchase over time. Ideal for more expensive online purchases.

Overall it was a great project to work on and we were delighted to launch the site earlier this month.

END_OF_DOCUMENT_TOKEN_TO_BE_REPLACED

Hedging.ie is a hedging and trees company based in Carnew Co. Wicklow. They’ve been in business for years running their online shop on WooCommerce.

For various reasons such as site performance, usability & design amongst others, they decided to upgrade their site during the summer of 2022. This was a significant undertaking as the old site was quite large and they had invested a lot of money on search engine optimiastion (SEO) over the years.

We built a brand new WordPress / WooCommerce online store from the ground up for them. The old site was quite bloated with outdated and unnecessary plugins so we rationalised all of this. We brought across all customers, orders, products & images to the new site meaning that customer accounts and preferences were kept. We also carried out a lot of work on site performance and increased page speed loading times significantly. A challenging but rewarding project and delighted to have successfully launched in the last month.

END_OF_DOCUMENT_TOKEN_TO_BE_REPLACED

The Palms Health & Wellbeing Centre is based in Gorey Co. Wexford. The centre is comprised of rooms for practitioners to rent.

The Palms have operated a website for years where they advertised their rooms and had profile pages for all of their practitioners. As the number of practitioners rose, management of the profile pages became more and more difficult – to the point where it became unmanageable.

We reinvented their website and implemented a directory structure whereby they could define categories and add up new practitioner profiles with structured date easily. The system includes search functionality, an A-Z listing, contact details and a contact form for every practitioner on their profile page. All in all a much more functional and manageable system.

END_OF_DOCUMENT_TOKEN_TO_BE_REPLACED

Ballinakill is based in Co. Laois and the community there have run an outdoor swimming pool for years. The venture has been very successful and up until this year, all bookings were handled manually over the phone or WhatsApp. As visitor/member numbers and complexity increased, it became more time consuming, error-prone and unworkable.

They required a more automated solution that would enforce their capacity thresholds, whilst being easy to use and informative. We introduced smart coupons – that were emailed to each member after they had successfully signed up for a season ticket. This can be used by the member at checkout to complete their booking without paying.

The system will email members and guests to confirm their bookings, and will send out automated emails to remind them of their upcoming sessions. It also allows for easy rescheduling and cancelling.

All in all a much more efficient system for the folks running the pool bookings.

END_OF_DOCUMENT_TOKEN_TO_BE_REPLACED

We’ve worked on a few restaurant websites in Malahide in recent times (Sienna’s & The Greedy Goose) and Café Provence is the third installment. The restaurant serves delicious home made food and has a warm, cosy and lively atmosphere. They needed a professional website to showcase their delectable delights.

We put together a bright and classic design for them that shows off their food throughout. We have implemented imagery across the website and implemented a gallery. We’ve also integrated social media links and online gift cards.

END_OF_DOCUMENT_TOKEN_TO_BE_REPLACED 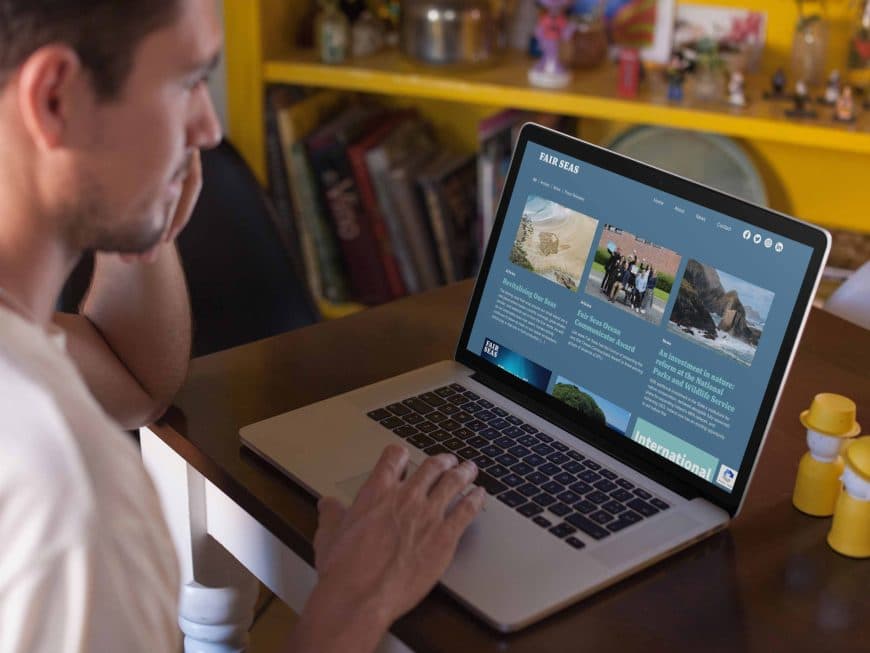 We’ve been working with the folks at Fair Seas for the last few months as they launched their mission. Fair Seas is an Irish based NGO with the goal to protect, conserve and restore Ireland’s marine environment. It’s a new organisation that didn’t have any identity or online presence.

They required a bespoke WordPress theme developed form the ground up that was tailor made for their needs. We created a beautiful and functional website for them that will allow the guys to spread the good word for years to come. The website is very easy eye-catching but simple. It’s light on text but very clear on message. We created a bespoke blog / news experience that will allow Fair Seas to share powerful content and generate support for their cause. Some of the features on the website include :-

We’re very proud of the final result, which you can see here.

END_OF_DOCUMENT_TOKEN_TO_BE_REPLACED

KJK Building is an Arklow based construction and maintenance business specialising in renovations, extensions and maintenance. Based in Arklow Co. Wicklow, they serve Dublin, Wicklow, Wexford, Carlow and beyond.

They were looking for a professional website that gave them a voice on the web. A website that showed off their services and recent projects. We implemented a clean project portfolio for them where they can easily upload new projects as they are completed. We’ve also made it extremely easy for website visitors to get in touch and request quotes. All in all, both ourselves and the client are very happy with the result.

END_OF_DOCUMENT_TOKEN_TO_BE_REPLACED

WordPress 6 was released on May 24th. The release name is “Arturo”, named after Arturo O’Farrill – a Mexican Grammy-wining jazz musician.

This is a feature that has been available on certain themes for a while and the WordPress developers have been slowly working towards integrating it into WordPress core for block based themes. Essentially full site editing allows you to modify your entire site look and feel through the block editor page – rather than going into specific ‘Appearance’ pages for the theme. Useful for those with block based themes.

This is another theme based enhancement. Theme developers will now be able to create style presets that can be modified through a new style button on the block editor.

This new feature allows you to easily export theme options from one site to another. So let’s say you created beautiful styles and modules in a website – and some of these elements might work on another project – WordPress now allows for easy export and import of these options.

Most releases in the last 2 years featured enhancements to the Gutenberg block editor. Release 6 introduces new blocks such as comments, read more, author biography & avatar. Also introduced in release 6 are enhancements to editor to allow for easier text selection, the ability to lock reusable blocks, and the ability to select multiple blocks in the list view amongst other enhancements.

WordPress 6.0 introduces many accessibility improvements that will greatly enhance the experience for those with accessibility needs.

Under the hood improvements

As with every WordPress release, the developers have made enhancements to the WordPress core to make it easy for third party theme and plugin developers to integrate and extend their capabilities of the platform.

END_OF_DOCUMENT_TOKEN_TO_BE_REPLACED

Barry Edwards is a Waterford based artist with an extensive portfolio of paintings, drawings, collages & life drawing works. He needed a modern & functional website to help him showcase his talents and work.

We needed to come up with a design in keeping with his style of work – something that would compliment his portfolio and show it off in an artistic yet ‘non-fussy’ way. We’ve uploaded hundreds of paintings & sketches and sorted into galleries based on the category so people can browser categories and explore his work easily. We also included a blog where Barry can post content and news about what he’s up to.

END_OF_DOCUMENT_TOKEN_TO_BE_REPLACED

Some Of Our Clients

Any cookies that may not be particularly necessary for the website to function and is used specifically to collect user personal data via analytics, ads, other embedded contents are termed as non-necessary cookies. It is mandatory to procure user consent prior to running these cookies on your website.